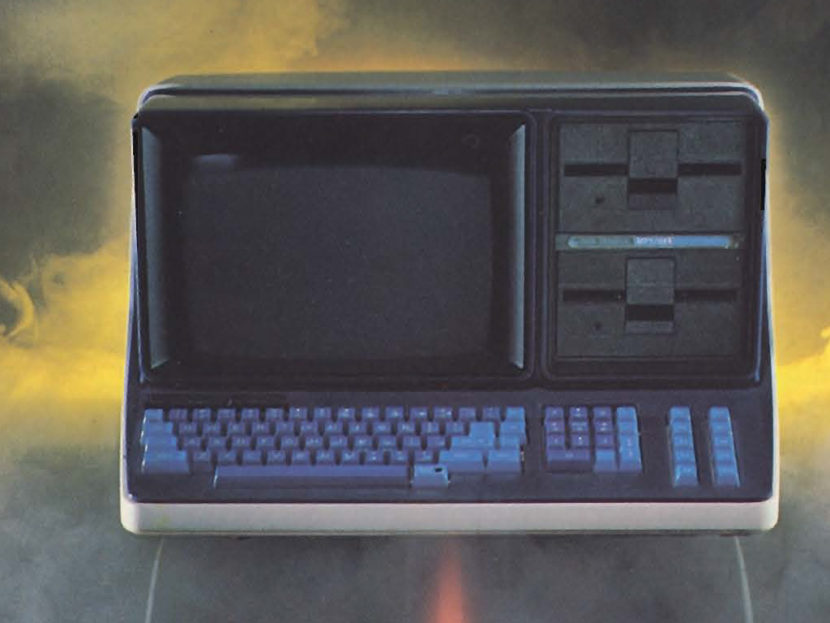 Data General Corporation’s MPT/100 computer is a microNOVA desktop product for original equipment manufacturers, end-users, system developers, and software suppliers with applications in technical, educational and scientific marketplaces. The MPT/100 has a microNOVA instruction set and executes the MP/OS operating system. This feature assists system designers and end-users in developing, implementing and executing tailored software for applications such as industrial data collection, distributed processing, synchronous communications network, and stand-alone laboratory/educational applications. The MPT/100 compact desktop package has been designed with economy in mind. The microNOVA processor, memory, display, keyboard and dual diskette drives are all contained in an attractive housing suitable for most application environments.

Because the MPT/100 is a true desktop microNOVA computer, application programs can be developed, loaded and executed in a stand-alone environment. A full complement of peripherals can be interconnected using the integral microNOVA I/O bus and a microNOVA expansion chassis.

Two synchronous/asynchronous I/O ports, compatible with RS-232-C standards, can be used to drive a system printer, to load programs from a local or remote host processor, or to perform other communication functions at rates of up to 19,200 baud. In addition, the MPT/1OO has a microNOVA I/O bus to suppcrt microNOVA peripherals. Data General’s Winchester-type disc subsystems, data acquisition and sensor devices, and 1.26-megabyte diskette subsystems can be interfaced with the MPT/100. The addition of an expansion chassis and microNOVA communications hardware facilitates the operation of additional MPT and/or DASHER® units for cluster configuration.

SOFTWARE
The MPT/100 fully implements the real-time multitasking microNOVA operating system MP/OS. MP/OS supports application programs written in Data General’s high level languages, including MP/FORTRAN IV, MP/BASIC, and MP/PASCAL as well as assembly language programs. A powerful Command Line Interpreter along with extensive utilities for program development, text editing and file transfer are other significant features of MP/OS. Programs can also be developed on either the MPT/100 directly or on larger Data General systems using the proven software development tools available, and then transferred to the MPT/100 for execution. Software diagnostics are a standard feature of all MPT/100’s.

The MPT/100’s hardware features allow it to be used in a distributed processing environment. It can be used to enter, validate, process and reduce data at individual sites, thus offloading many tasks from the host computer and reducing communication time. Local error-checking can be performed to provide the transmission of “clean'” data. The MPT/100’s cluster capability and compatibility with other Data General computers further enhances communication efficiency.